By Bhagavan’s grace a special function was held in Ramanagara Samithi, which is inspired by Swami’s Moral
“LOVE ALL SERVE ALL” . Free uniforms and some useful things were distributed to  45 students from Government primary school, Balepete,Ramanagar.  Smt Shobha sub-inceptor of Iioor police station was invited as chief guest for this function.

Function began with  one hour special bhajans , then our district president Sri Dinesh spoke on moral values and thoughts of swami on students. Chief Guest spoke on swami’s work towards society. 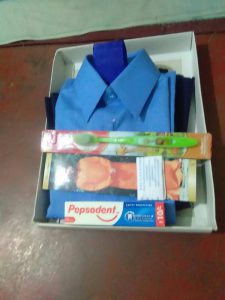 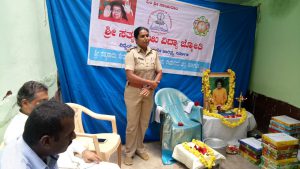 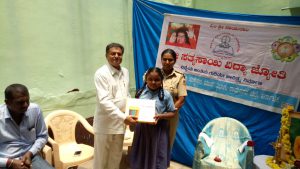 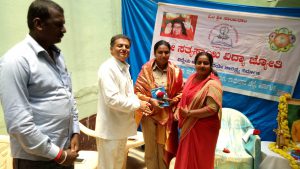