The first anniversary of the Nithya Narayana Seva (NNS) was celebrated on 5th December at Kidwai Cancer Institute which was attended by Trust member Sri. Ramkumar and large numbers of Sevadal and patient’s attenders. In addition to the regular Narayana Seva of serving food at the counters, about 2000 fruits & biscuit packets were distributed to the patients and their attenders in the wards during Prasadam distribution. By Swami’s grace, NNS which was started by serving food daily to 400 people, has touched 2000 people, in 3 hospitals in Bangalore. The other two are: KC General Hospital, Malleswaram & Lions Eye Hospital, J C Road. Along with this, breakfast is served to 500 students of the Swami’s school in Honnavar. 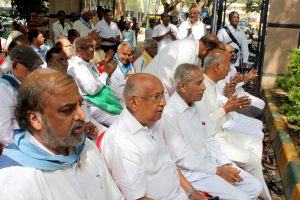 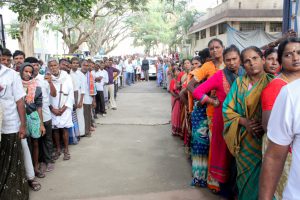 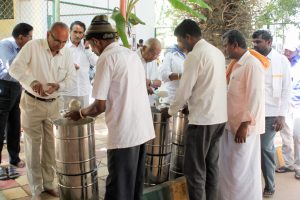 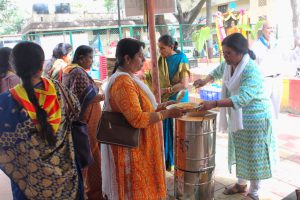 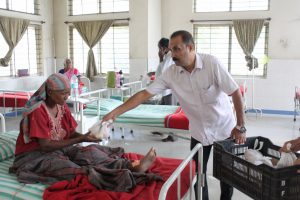 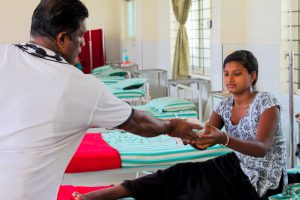 Links to the photos and video presentation are provided below.